The History of St Philomena’s School

The Sisters of Mercy in Brentwood bought a holiday home in Frinton-on-Sea in 1924.  In September 1926 they established St Philomena’s School in a bungalow in Pole Barn Lane, under Sr M Gabriel Roche. The school was very small, with no more than 20 pupils, of whom only a few were Catholic.

As the convent became more popular as a holiday home, an extension was blessed and opened by Bishop Doubleday. Sr M de Pazzi Slattery took charge of the school in 1928, with Sr M Anthony Shepherd taking charge of the junior pupils and Sr M Bernard Lauterbach the seniors.

To secure its future, St Philomena’s School required a more permanent setting and the decision was made to become a day school only.   53 Hadleigh Road was leased for this purpose and on 8 Feb 1936 the school transferred to this new site, re-opening as St Philomena’s Convent Day School. The building itself was purchased on 9 March 1938, by which time there were 19 children at the school; including 9 Catholics. The school was extended the following year, with the addition of a hall and classroom for the sum of £250.

During the war years the convent and school were closed and the school buildings were used by the army. In June 1940 bomb damage was sustained by both the convent and chapel. In May 1946 the convent, guesthouse and school were re-opened. Sr M Cecilia Brennan resumed her office as Superior and Sr M Benedict Lynch took charge of St Philomena’s.  Work was needed to make the school and convent buildings fit for purpose, but the work was done and by 1951 there were 54 children on roll, including 26 boys.

By 1957 Sr Cecilia Brennan was still Superior and Sr M Brigid Barry who had earlier taught at St Edward’s School in Romford, was  headteacher, assisted by Sr M Juliana Cassidy.  The life and work of the convent and school continued to prosper throughout the 1960s.

By 1973 there were three sisters at St Philomena’s:  Sr M Brigid, Headteacher; and teachers Sr M  Juliana Cassidy and Sr M Goretti Glynn.  In 1975 Sr M Angela Holton was appointed Headteacher, with Sr Vianney Carroll as her assistant.  She was succeeded by Sister Marie  Raymond in 1982.

Early in 1987 St  Philomena’s Educational Trust was formed to maintain the smooth running of the School and continue the high ideals set by the Sisters. The first lay  headteacher, Mrs Josephine Geldard, was appointed to St  Philomena’s School.   Mrs Bernadette Buck succeeded her in 1992.

In 1996 the School established Clover House in a neighbouring property, named after Father Donald Clover who was Parish priest in Frinton for 43 years until 1995. In 2002, Jubilee House was purchased resulting in more indoor and outdoor space for the children.

In 2012 Mrs Barbara McKeown became Headteacher of St  Philomena’s until her retirement in 2018.  Our current Headteacher is Mrs Philippa Mathews; she joined the school in April 2019. 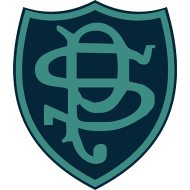